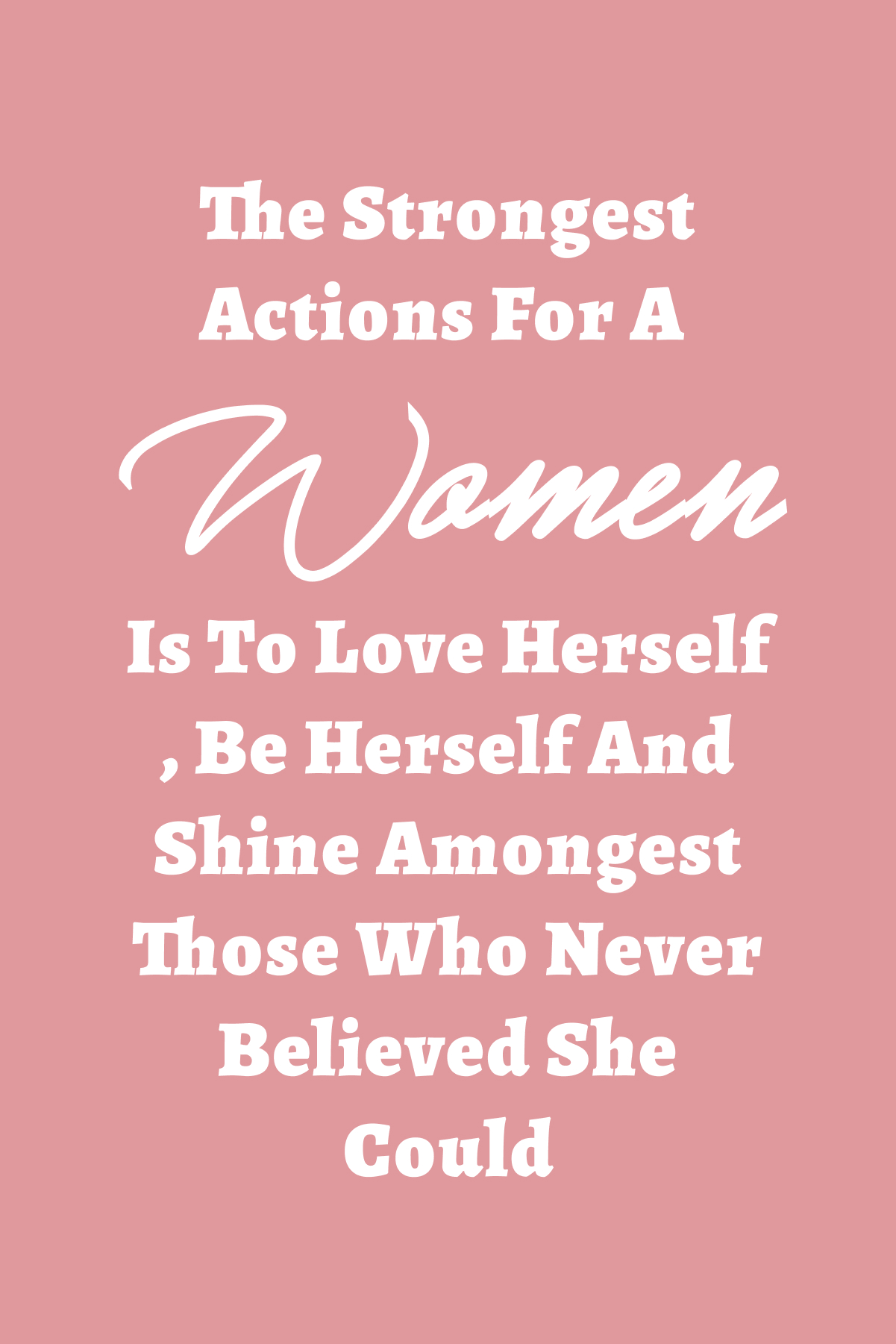 I’ve always heard the saying, “Behind every great man is a strong woman”. The thing is that I don’t know what that really looks like. I was never taught to stand behind a man growing up.

My father raised us to be independent, self-sufficient women. “Don’t ever rely on a man,” he’d tell us. He didn’t want his four daughters to become wives of men who were the sole breadwinners.

Yet, he preferred for my mom to be at home with us and frowned upon her independence. As far as he was concerned, my mother’s role was to stand by his side and perform “wifely” duties. He owned a cab company and a medallion, so at the time he was doing very well for himself and our family. He was proud to be the provider.

The Haitian culture is quite different from the American culture. So, I really can’t blame him…it’s how he was raised. In Haiti, the man is the sole breadwinner and the woman is expected to be submissive and take care of the home and the children.

Growing up in Haiti wasn’t easy for either of my parents. My mom faced her own hardships. She came to the US determined to make a better life for herself.

She had no intention of being dependent on my father. Haitian culture or not, she was going to be her own independent woman. Her heart was full of hope and purpose when she left Haiti and she was determined to live the American dream on her terms.

Mom Moved In Her Strength

My mother is everything for her family – caregiver, excellent cook, counselor, disciplinarian, biggest cheerleader… you name it, she does it. But, she understands the principles of balance and focus.

Observing her approach to school, work, and life helped me to learn how to become an amazing woman and mother. It also taught me how to never let a man underestimate and mistreat me.

Mom had a passion for doing hair. One day, she decided to explore the opportunities in the beauty industry and register herself in a cosmetology school. Dad wasn’t initially supportive of mom’s endeavors. In fact, he bluntly told her that she was on her own in that pursuit. But, that didn’t deter her.

She wasn’t seeking his support and affirmation though so that didn’t matter. Her focus was on working hard to get that cosmetology license and use it to create the life she desired.

Here’s the truth – as women we weren’t born to allow anyone to snuff out our light! Greatness lives within us, but we have to dig deep to recognize our greatness.

And boy did my mom dig deep. She’s a classic example of the old adage by Henry Wadsworth Longfellow

Heights of great [women] reached and kept were not attained by sudden flight but they, while their companions slept, were toiling upward in the night.

My mom burned the midnight oil studying and completing assignments. I’d say she earned a degree in balance; she expertly balanced her role as a mother and wife with her responsibilities as a student. She was (and still is) amazing in every way.

So, it wasn’t surprising that she graduated at the top of the class and became a top hair stylist at a renowned hair salon in New York. Yet, an independent spirit burned through her veins. Her 9 to 5 job paid well, but she wanted her own business.

Mom used her savings to start her own hair salon in our basement while working full-time at the other salon.

“In all things, God works for the good of those who love him, who have been called according to his purpose.” – Romans 8:28

Starting that basement salon ended up being a good move since she lost the full-time salon job when that salon closed a year later. Her basement salon was what she had to fall back on. And it was doing extremely well. So well in fact that she needed a storefront.

She got the storefront and steadily grew it into one of the most sought after salons in New York. I watched my mom grow from a full-time wife and mother to a successful entrepreneur. Walking in her footsteps meant that I had to strive for nothing but excellence.

I was her sidekick in that salon. It formed a major part of my entrepreneurial journey, a journey I describe in my book Flying Solo. 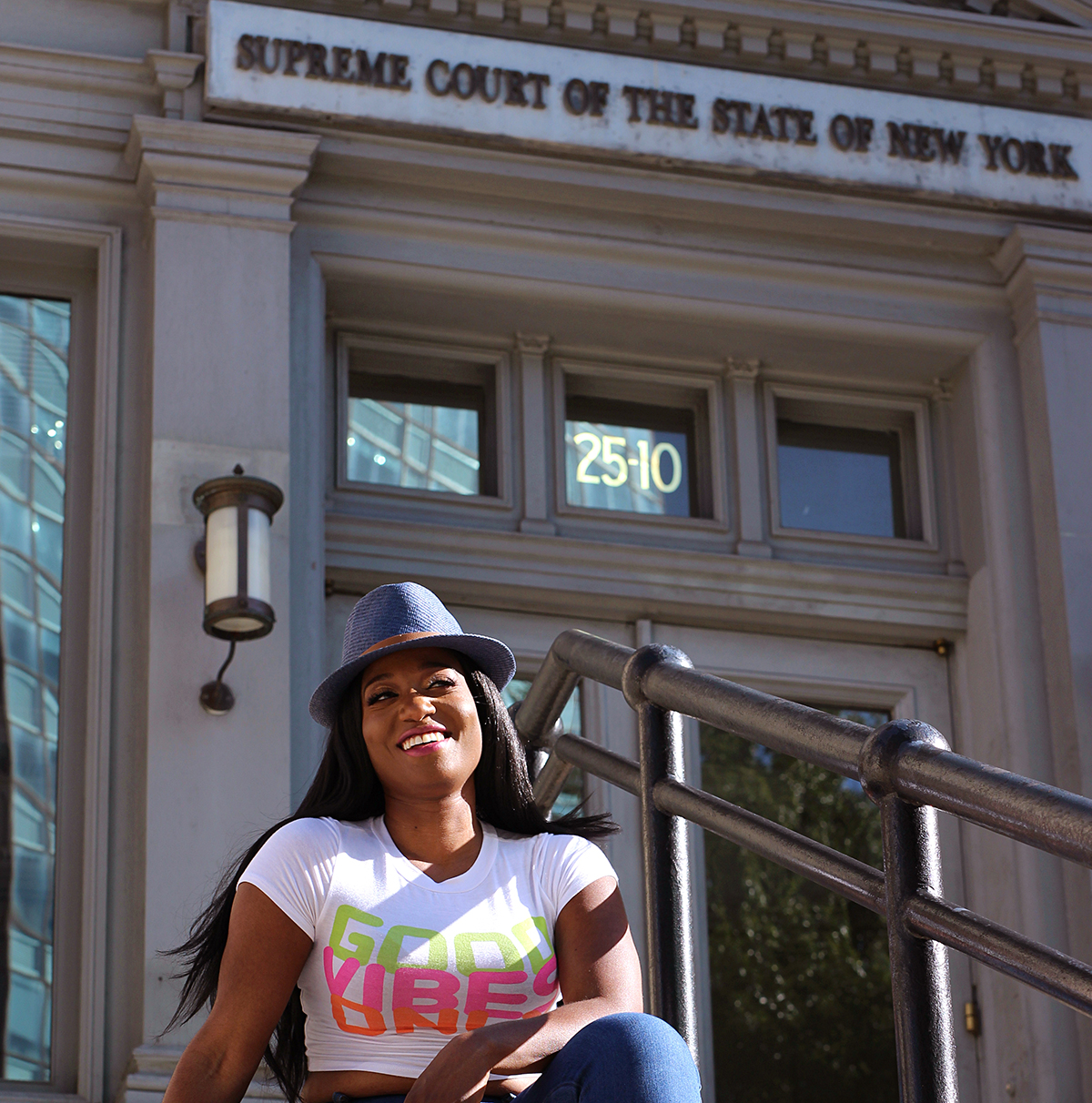 My Husband Wasn’t Going to Stop My Greatness

My ex-husband was also Haitian so there were a lot of similarities between him and my father. I helped him build a successful business. But, that success seemed to transform him. His Haitian perspectives on marriage increased in direct proportion with his success.

I felt like he was suffocating me. He was controlling and believed that, because he was earning a lot of money, I should be relegated to traditional wifely duties. My independence was meaningless to him.

The hell I endured in that marriage meant divorce was inevitable. I discuss more about the catastrophic ordeal of that 13-year divorce in my book Flying Solo. In summary, my ex-husband tried to use the divorce to wreck my world. He thought he could define my future after he left me. If I’m not with you, you’re going to fail…at least that’s what he thought.

I proved him wrong. You see, I was raised by a strong mother who taught me to focus on what I wanted and make it happen. Watching her blossom into an independent woman and successful entrepreneur motivated me to cut through all of my ex-husband’s crap and forge my own path.

Don’t get me wrong; there were a lot of tears, head scratching and doubt. I experienced depression, anxiety…the whole works. But, I still succeeded.

I’ve had a knack for helping others achieve success. My entrepreneurial mind helped boost my ex-husband’s business and also contributed to the continuous growth of my mom’s salon. It was time for me to chart my own path as a successful female entrepreneur.

I started four businesses over the past ten years: Events by Carline, Extensions by Carline, Pajamas and a Purpose, and Event Pros Let’s Talk.

Events by Carline began in 2010 and I work with a team of talented creatives to plan, design, and execute memorable events. COVID-19 forced us to pivot into creating one-of-a-kind virtual events. Our aim is to ensure every guest feels special from the moment they get their invitations to the moment the event ends.

Extensions by Carline began in 2014 based on a growing trend in the market. The 2008 recession took a financial toll on many of the regular customers at my mom’s salon. They needed hairstyles that would last for months, not days. So, I created a line of extensions to solve the problem. I also added some extension upkeep hair products that helped customers fill the gap between hair appointments.

Pajamas and a Purpose was birthed from the immense struggles I faced in 2008. That was the lowest point in my life and I felt like I needed a safe space where I could be vulnerable. I hosted our first pajama party with a small group of friends on my birthday in 2008 and it just kept growing each year. My love for wearing my pajamas, dancing, having fun, entertaining and giving back to my community grew into an experience for women where we can celebrate friendship, womanhood, motherhood, sisterhood, and provide support to those who are going through difficult life changes or celebrating an accomplishment. The nonprofit was officially incorporated in 2018.

Event Pros Let’s Talk began in 2018 and emerged from my desire to share my knowledge about the event management industry with others. I experienced the lack of diversity in the industry first-hand as an African American event professional. When I first started my career, there weren’t many top event industry pros who looked like me; there was no one like me who I could relate to or emulate. So, I decided to break these barriers when I reached a peak in my career. 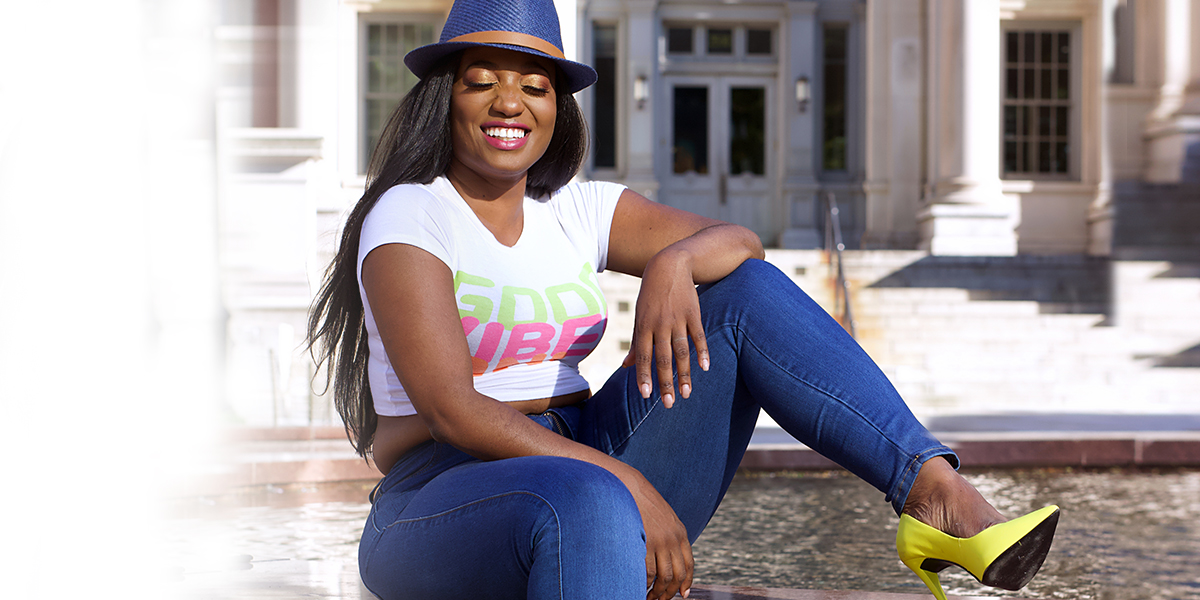 The pictures I’ve used throughout this article are symbolic of my renewal after that tumultuous divorce. They were taken in front of the courthouse, a place I grew to detest. I hated the area, the court, and anything that reminded me of the hell I went through regarding my divorce.

My divorce was finally finalized and ironically after my life started coming back together. I was in a much better place when I received an offer to be featured in a photoshoot.

The photoshoot was in the area of the court house. That day was like a reawakening for me when I realized how far I’ve come! It ended up being one of the happiest days of my life.

It’s funny how life does a 180 degree turn to show you the goodness of faith! Coming back and having one of my first positive opportunities at that courthouse was God saying, “Look at how far you’ve come, look at how far I’ve bought you.”

I was now able to dance and smile in the face of what once caused me to lose a huge part of myself. Although he tried, my ex couldn’t define me, nor could he deny me of the person I was meant to be.

Never let anyone hold you back from who you’re meant to be. My mom knew how to be more than just someone’s wife and mother. She didn’t take no for an answer. Intead, she flew solo. She knew how to be an independent woman capable of her own success.

My mom taught me how to fly. I knew I had to close my eyes, focus, spread my wings, and fly no matter where I ended up in life alone. I want you to approach life the same way. Once you take flight, open your eyes and enjoy the journey.